In today’s modern age, everyone knows the importance and value of the Internet. With some of the most state-of-the-art technology out there, Waterfront Properties is paving a new road in the luxury real estate market by taking advantage of digital tools to attract buyers and connect sellers with the right match for their properties. Waterfront is known for the volume of traffic that their websites draw in, and for the quality of the visitors that make it to their sites – their listings are seen by the types of people who want to and have the ability to purchase the types of properties that their clients list. One key to Rob Thomson and Waterfront Properties’ success is the proprietary technology used in addition to the incredible resources that Waterfront agents have at their disposal. With award-winning technology and innovation-based marketing systems, Waterfront Properties has a reputation for their online presence. Specifically, Rob Thomson leads Waterfront in groundbreaking social media initiatives that put his team of agents miles ahead of the rest. The Who’s Who in Luxury Real Estate (LRE®) Partners awarded Waterfront Properties the International Best Website Innovation Award at the 22nd Annual Fall Conference in 2017. With world-wide attention on Waterfront Properties, the marketing tools used set their agents apart from other real estate firms, allowing them to attract appropriate traffic to their site and match their Internet visitors with the right agents, information, and, ultimately, the right properties to fit their needs.

With what began as a local focus, developing websites primarily to attract buyers coming from Florida and other markets along the East Coast of the United States, has grown into an online dominance, granting Waterfront Properties worldwide exposure for their clients. Waterfront has lasting relationships with agencies in other countries, like an exclusive relationship with Mayfair International Realty, based in London, for example. With over 375 European offices at their disposal, Waterfront Properties team members work closely with international clients to connect with buyers from all over the world. This type of exposure is one of the many advantages that Waterfront Properties gives their clients that sets them apart from other real estate firms.

While most real estate agents spend the bulk of their time hunting for buyer leads and new business, Waterfront Properties and their agents get to spend more of their time working with their clients directly. Waterfront features listings on over 6,000 websites – locally, nationally, and across the globe. This exposure supplies their agents with the resources they need to be successful so that they can focus on what they need to do for their clients.

One reason that Rob Thomson has seen so much vast success over the years is because his priority is on his team. Thomson, who took over Waterfront Properties after his mother stepped down in 2010, has built his team with attention to detail and a focus on putting the right pieces in the right place, and it has worked. However, in addition to awards at the agency-level for Waterfront Properties, Rob Thomson himself sold over $200 million in real estate sales in 2018 and has reached over $2 billion in lifetime sales. Thomson’s success helped him become the youngest agent ever to be inducted into Luxury Real Estate’s Billionaires Club in 2012 and the he is the fastest ever to reach one billion dollars in sales. It is clear that the dedication to success that Rob has learned from his mother, Joan Thomson (winner of the LRE® 2014 Lifetime Achievement Award), has helped Thomson grow Waterfront Properties and Club Communities into the luxury real estate powerhouse that it is today. 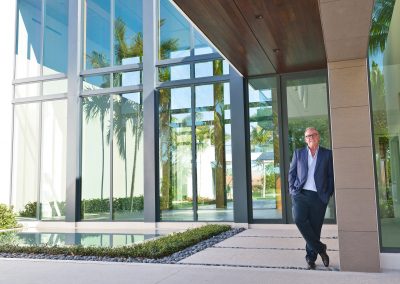 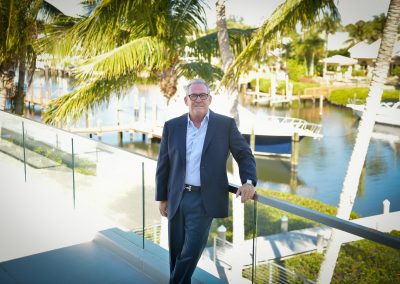